The Left's Fiery Pit Of Hell 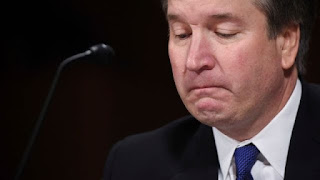 "This is not a job interview. This is Hell. This is the most unethical sham I have ever seen in politics. And if you really wanted to know the truth, you sure as hell wouldn't have done what you've done to this guy...Boy, y'all want power. God, I hope you never get it." ~ Sen. Lindsey Graham (R-SC)

Brett Kavanaugh expected a tough time facing off against Democrats in his confirmation hearings. One of the duties of the U.S. Senate is to give advice and consent on Supreme Court nominations. Article II, Section II of the Constitution states that the President of the United States "shall nominate, and by and with the advice and consent of the Senate, shall appoint ambassadors, other public ministers and consuls, judges of the Supreme Court, and all other officers of the United States whose appointments are not herein otherwise provided for, and which shall be established by law." It does not state anywhere in the Constitution that those nominees be subjected to walk through a fiery pit of Hell before thousands and thousands of onlookers. But that is exactly what happened this past week. It is reminiscent of a story from the Book of Daniel in the Bible and one worth remembering. That is the story of Shadrach, Meshach, and Abednego. 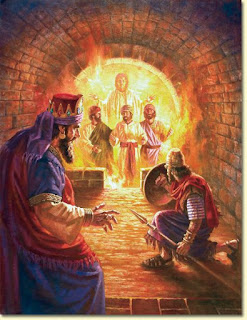 Chapter three of the Book of Daniel highlights an event that can serve as a metaphor for the Kavanaugh hearings. King Nebuchadnezzar of Babylon had erected a golden image in the plain of Dura and commanded all his officials bow down before it. Those who failed to do so would be thrown into a blazing furnace. The three Jewish youths, Shadrach, Meshach, and Adednego, held high office in Babylon but refused to worship the golden statue. The three were brought before Nebuchadnezzar and given another chance to bow down before the statue. They refused and angered the king. They told the king that their God would be with them no matter what and so they were accepting of the punishment. King Nebuchadnezzar had them thrown into the fiery furnace that was heated seven times hotter than normal. Much to the surprise of the king he not only saw the three Jewish youths untouched by the scorching flames but witnessed a fourth visage in the furnace that resembled a son of God. Nebuchadnezzar summoned them from the flames and was so amazed by what he saw that he decreed anyone who spoke against the God of Israel would be killed.

What we witnessed Thursday was God allowing someone whose heart and soul were pure to be put into the fiery furnace of Washington. The furnace was heated seven times hotter than normal and the ravenous flames of the Democrats tried their best to scorch and incinerate Judge Kavanaugh. The Democrats wanted him to bow down before their golden statues and chided Mr. Kavanaugh to submit his soul to them. He refused. Instead, through all the bluster and hatred and vileness of the Democrat Senators Kavanaugh stood strong in his faith and trusted that God would deliver him from this firestorm. What we saw was a man who truly defended his name, his family, his friends, and his God. This was righteous indignation. He laid out a detailed defense point by point. It was expertly executed and he used his outrage at being unduly accused of sexual assault to fight back in a way that was responsible and respectful while being strong and forceful. Brett Kavanaugh shined brighter than those flames trying to consume him.

Senator Graham was correct. This wasn't a job interview. This was Hell. And Graham was also correct when he said if Kavanaugh was looking for a fair process that he came to the wrong town at the wrong time. The Left is following the playbook of Saul Alinsky and his book, Rules For Radicals. What we are seeing play out in the Kavanaugh hearings is rule number thirteen. You pick the target, freeze it, personalize it, and polarize it. The Left doesn't care about women at all. They only care about winning by any means necessary. It's all about power and control. It's about stopping a qualified conservative judge from sitting on the Supreme Court and using identity politics to drive wedges between people to divide and conquer. Yes, Senator Graham is right. The Democrats desperately want power and will sacrifice anyone and anything to the fiery pits of Hell to get it. The Democrats are morally, intellectually, and spiritually bankrupt. God help us the American people see through this charade and hold them accountable for their heinous actions.