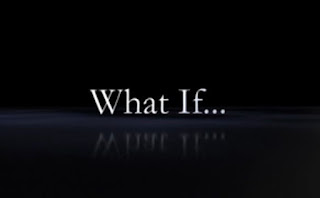 As a student of history and politics my opinion has always been that America has freedom and liberty in the DNA of the people. Compared to a country like Germany, for example, where the people have been more accustomed to kings and strong government control, America has had a rich tradition of rugged individualism and independence. My thought has been one where the idea of socialism ever becoming vogue in our republic was largely laughable. But what if that basic assumption is wrong? What if that particular gene in the blood of Americans has been gradually removed over the last one hundred years, generation after generation?

What if the progressive crowd has been largely successful in reshaping and indoctrinating Americans to be more open and receptive to the socialist ideology?

What if the American people have been steadily weaned off of critical thought and common sense?

What if ignorance and apathy are so pervasive in our republic that people just don't know or don't care about the dark history of socialism?

What if the pure hatred and distaste of President Trump is far deeper and larger than we think?

What if the Never-Trump crowd decides to not vote in 2020 or decides that socialism is far more palatable than four more years of President Trump?

What if President Trump fails to deliver on building a border wall and alienates a vast majority of Americans who voted for him back in 2016? What if those people just sit home and don't show up in 2020?

What if we are on that cliff and ready to jump off into the abyss of a new dark age of socialism?

What if the American people have more hope and faith in government than they do in themselves to pursue happiness?

What if there are so many lost souls in our republic that government is their "Daddy" and their ultimate God and provider?

What if we have completely abandoned our founding fathers vision and turned our hearts and backs on God?

What if all we have always assumed about America being the land of the free and the home of the brave has been cut off and poisoned by a certain progressive culture so that the tenets of socialism could grow in more fertile ground?

What if we are so far gone that there is no chance to save this republic?

Then 2020 becomes the final death blow to Lady Liberty. The message is clear. The choice couldn't be starker. If America chooses to jump into the boiling waters of socialism by giving control to the Democratic Party then we have chosen to put ourselves back into the chains of tyranny. In the span of over 240 years we will have come full-circle back to what our founding fathers fought so hard to escape.

What if we turn to socialism?

What will you do without freedom? 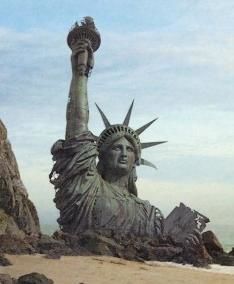 2020 Elections American Tragedy Death Of A Republic Socialism What If