An Open Letter To President Obama

In your commencement address you delivered on Sunday, May 15th, 2016, to the graduating class at Rutgers University, you made a statement that is quite disingenuous. You said, and I quote:

Now, I do understand that your worldview and my worldview are vastly different, but let's put that aside for the moment and just examine your statement in a fair and balanced analysis. Just the facts, Mr. President. No spin.

I will begin with the Iranian Nuclear Deal that you and your administration negotiated. Just this deal alone has made America and the world much more unsafe and worse off than eight years ago.  By allowing Iran access to billions of dollars and appeasing a nation that has continually called America, "The Great Satan", you have allowed them to funnel that money into continuing their nuclear weapons ambitions and give support to terrorist organizations that aim to bring harm to the United States and the world.  You have given them unfettered access to the keys of destruction and the money to make it much more likely they will have nuclear weapons sooner rather than later.  You have put Israel in a far more dangerous and precarious position and now have made it harder for them not to take military action to thwart Iran's nuclear weapons program. You have greatly destabilized the Middle East through this deal and ratcheted up the tensions. How does that make America and the world better than eight years ago, Mr. President?

You and your administration hit a "Reset" button with Russia and Vladimir Putin. By doing that, you have emboldened Russia and you now are seeing increased Russian aggression from buzzing an American destroyer to harassing American jets. Russia has helped prop up the Assad regime in Syria and is no doubt aiding Iran and North Korea in their nuclear weapons ambitions.  How does that make America and the world better than eight years ago, Mr. President?

In Asia, China and North Korea are becoming increasingly more aggressive and combative and are destabilizing that region of the world.  China is growing their military year after year as our military has been steadily weakened over the last eight years.  China is aggressively building islands in the South China Sea precisely designed to be bases and staging sites for their military. North Korea continues to test and fire off missiles, working on long-range nuclear missiles capable of hitting the United States. They also claim they have a hydrogen bomb that they stated they could detonate in downtown Manhattan. To make things worse, they are led by a narcissistic and unstable dictator who fancies poking a finger in the eye of America. How does that make America and the world better than eight years ago, Mr. President?

You have taken a national debt of $10 trillion and doubled it to $20 trillion in your eight years in office. That puts America at a much greater risk economically and weakens our economic standing in the world.  It leads to more inflation and puts the American people in greater jeopardy. It creates more fear and uncertainty and that debt becomes harder to whittle down since roughly two-thirds of it is from entitlement spending on social programs such as Obamacare, Medicare, Medicaid, and Social Security.  How does that make America and the world better than eight years ago, Mr. President?

If you meant America and the world are better than eight years ago because a weakened America, militarily and economically, brings comfort to our enemies, and in turn, brings America down from the pedestal of world leader and superpower, then you have been successful. I understand in your worldview, Mr. President, you don't believe in American exceptionalism.  I, on the other hand, do believe in American exceptionalism and believe that we are much more unsafe and worse off than eight years ago. Your policies, both domestic and foreign, have led us to an increasingly unsafe world with numerous bad actors eager to bring harm to the United States. I am not sure by which measures you were speaking of on Sunday, but clearly, when looking at the facts, it is rather difficult to make an argument we are better off after eight years of your presidency.  History will be the final judge, Mr. President, and I will hazard a guess that it will be quite unkind as it looks back on your tenure in office. 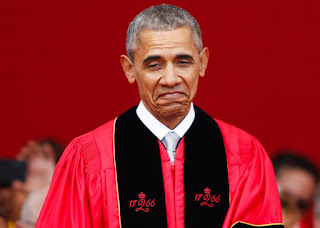