While you were asleep, a vocal minority steamrolled their progressive liberal ideology through a sleeping silent majority. They did so in various ways, my friend. Through numerous lawsuits and activist judges ruling in their favor, through a liberal Democrat President of the United States issuing executive orders, and through legislation in various states and municipalities throughout our republic. Yes my friend, Congress fell asleep like you did. They allowed the steamroller to run over them fairly often. That happens when you lack a backbone and get stuck in your own world of power and money. When you lose your morals and ethics along the way, the Devil always finds a way to snake in and undermine a weak society.

While you were asleep, thousands of illegal and undocumented immigrants flooded into the republic. How can that happen, you ask?  We have immigration laws and borders, you say. My friend, while you slept, those laws were ignored and our border patrol agents had their hands tied. They are in a no-win situation and have become sitting ducks as the president issues executive orders allowing an open border to anyone who wants to come in.

While you were asleep, our national debt doubled. It went from $10 trillion to $20 trillion and it continues to grow. Why, you ask? We have a spending problem my friend. The government can't stop itself from spending taxpayer money on everything and anything it deems worthy. Just raise taxes, you say. Oh, they have and then some. The federal government has had record revenues while you slept. It isn't a revenue problem, my friend, it is a definite spending problem.

While you were asleep, our military has been steadily weakened as our world has become increasingly more unsafe. Our equipment is old and needs to be updated and replaced. Our Navy is at pre-WWI levels. The facts are, that countries like China, North Korea, and Russia have been steadily increasing their military budgets and are stronger than ever. You are perplexed? Oh yes, we do spend money, but our military has had their budgets cut while you slept. That is enraging, isn't it my friend?

While you were asleep, our country has emboldened our enemies and pushed away our long-time friends. We have given billions of dollars to Iran in a deal that allows them unfettered access to the keys of destruction and the money to make it much more likely they will have nuclear weapons sooner rather than later. That is crazy, you say. They call us "The Great Satan" and took Americans hostage back in 1979, you say. Oh, I know all of that, but you were asleep and failed to awaken in time.

While you were asleep, Hillary Clinton became Secretary of State and made decisions that led to four people dying in Benghazi, Libya. She then lied about the causes of their death and said, "What does it matter? They're dead!".  She must have been prosecuted and removed from office and disgraced, you say.  Oh no, not quite my friend.  Actually, she was in a position to be the next President of the United States.

This is just part of what happened while you were asleep. I am afraid if I tell you the rest, you may just collapse from the shock of it all.  You want to know if you awoke in time to save your country, my friend. Is it too late, you ask? Ah, that is a really great question. 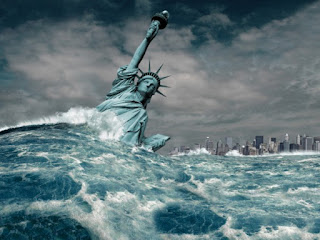