Living In A Prison Of The Mind 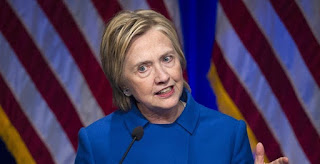 What could possibly be worse than living in a dark lonely prison cell for the rest of your life on earth? Maybe, just maybe, living in a dark lonely prison cell deep in the recesses of one's own mind. The likelihood of Hillary Clinton ever seeing the inside of a prison cell for her crimes is about slim to none. Many people would find the mere image of Hillary in chains being led to prison a moment of gleeful justice. But in lieu of that day of justice maybe the silver lining is that she is living a tortured life within the confines of a prison cell in her mind where she is both the prisoner and the jailer. 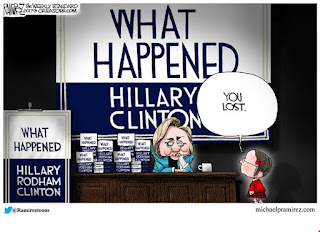 As Mrs. Clinton makes her rounds giving continuous speeches and commencement addresses over the last year and a half it becomes quite clear she is a tortured soul. Speaking to Yale University's graduating class several days ago she said she's "still not over" losing to President Trump in the 2016 election.

"I remember the first months after that 2016 election were not easy. We all had our own methods of coping," Clinton said, noting she went for "long walks in the woods," spent "hours going down a Twitter rabbit hole" and had her "fair share of chardonnay."

"No, I'm not over it. I still think about the 2016 election. I still regret the mistakes I made. I still think, though, that understanding what happened in such a weird and wild election in American history will help us defend our democracy in the future."


What makes this so fascinating and even more torturous for her is the fact she snatched defeat from the jaws of victory. She was supposed to be the rightful heir to the White House. As we have come to learn, the fix was in and all the bases were covered at every level of government. That may be why she never once made a campaign stop in Wisconsin. Why stop in Wisconsin when you are going to win and crush your opponent? Why call the people in the heartland of America deplorables? Well, because they are in her mind and she was so certain of her victory that she had no fear of being so open and honest. She felt so high and mighty that nothing she said or did could stop her in achieving her one sole purpose and lifelong dream. She had the fireworks bought and her coronation ceremony all prepared and then that night in November came and she could not comprehend the polling numbers coming in. Something must be wrong, she thought. Surely, the American people wouldn't dare deny her the White House and give it to that man, Donald Trump. Oh, but the voters did just that and rubbed the salt into her gaping wounds. And it sticks in her craw day and night now.

One could be locked away in prison and still be free if your mind isn't a prison. Or you could be Hillary Clinton with tons of credit cards and money and free but locked in a dark lonely prison cell of your own mind. A prison in which she is both the prisoner and the jailer. It is a tortuous prison of her own making and her own illusions. In her mind she is the president and always will be. She can't find a moment of peace. Day in and day out she boils and seethes in her own prison cell in her mind. Maybe in God's infinite wisdom he is delivering a more torturous justice to Mrs. Clinton. Instead of her being locked in a dark lonely prison and out of sight she is cast before all of us to watch, whether we care to or not, rotting away before our very eyes in her own personal prison cell. So what is worse than living in a six by eight foot prison cell? Maybe, just maybe, living in your own personal hellish prison cell in your mind for the rest of your life on earth. 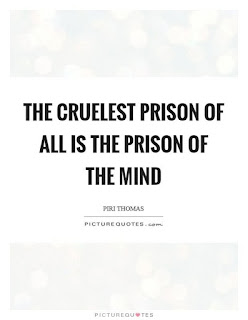