Showing posts from April, 2016
Show all

As the bathroom battle rages on across America over the North Carolina and Mississippi legislation, it becomes obvious that the war has been lost. The war I am referring to is the Culture War. From gay marriage to transgender bathrooms to the removal of God from more and more places, the Culture War has been lost, or maybe more accurately, not wholeheartedly and completely engaged by the Silent Majority, leading to a surrender. What leads me to this observation and what are the reasons for this "Lost War"? There are two main reasons for this declaration of a lost war. The first reason, and the most important, is that America has pushed God away more and more with every passing generation. According to the Pew Research Center's 2014 Religious Landscape Study, 89% of Americans say they believe in God, which is down from 92% in 2007. That doesn't seem like a seismic shift, but as you go more in depth on the numbers, you start to see much more of a downward trend. O
Post a Comment
Read more 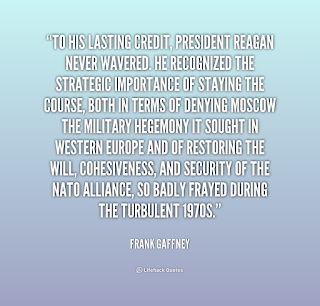 On January 20th, 1981, after 444 days in captivity, more than sixty American diplomats and citizens were released as President Ronald Reagan was taking the oath of office. The Iranian Hostage Crisis, and the failure of President Jimmy Carter to resolve the issue, became the turning point in the defeat of a weak president. America had become increasingly weak militarily and economically throughout the Carter years, and the American people were tired of the malaise that had permeated the entire nation. Ronald Reagan eloquently ran on a campaign slogan of, "Let’s Make America Great Again", and created an upbeat spirit that resonated with American voters and led him to the White House. The fact that the hostages were released as Reagan took office, may be symbolic, or may have been the Iranians understanding there was a new sheriff in town. Either way, it was clear that the new President of the United States was not a weak man, and the world was on notice. Like the Carte
Post a Comment
Read more 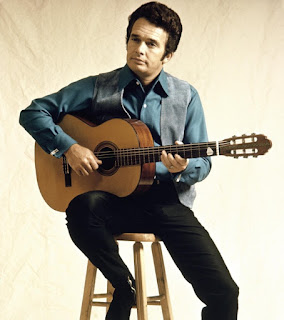 There are only a few people and artists in our country's rich history who truly epitomize America and our American spirit. One such man passed away earlier this week, and his life and music are pure Americana.  Merle Haggard was the common man's poet and his impact on a generation of singers and songwriters was immense.  Over the last several years, I have really come to appreciate and admire his lyrics and music, as I have tried to sing his songs at karaoke.  What made him legendary? He was born near Bakersfield, CA in 1937 and his father passed away when he was just nine years old.  His song, "Mama Tried", was his real life story about how his mother tried to steer him right and it was his own fault for running on the wrong side of the law and life early on.  He ended up in San Quentin prison for two and a half years and was in the audience when Johnny Cash visited for a special concert.  His experiences in prison really helped turn him around and as he burst on t
Post a Comment
Read more

A Tale Of Two Americas 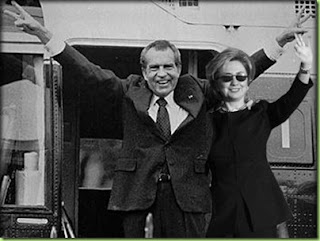 As President Richard Nixon took that final walk to Marine One on August 9th, 1974, he surely never imagined that forty plus years later, Hillary Clinton might indeed take that same walk as President of the United States and have committed far worse offenses than himself.  This is a tale of two Americas. The America of 1973-74 and the America of 2012-16.  Forty years separate these two Americas, but you could say, they are separated by light years.  For one man, he left a presidency in disgrace and did what was best for the American people.  For one woman, she is forever emboldened on her long mission to become the first woman President of the United States, despite a string of disgraceful actions.  This is a tale that must be told and only history can properly put it in perspective. Richard Nixon was inaugurated on January 20th, 1973 and was embarking on his second term in the White House after a thorough landslide win over Democrat George McGovern the previous November of 1972.  On
Post a Comment
Read more
More posts