Showing posts from January, 2017
Show all

From JFK To Obama: A Seismic Shift In Ideology And Worldviews 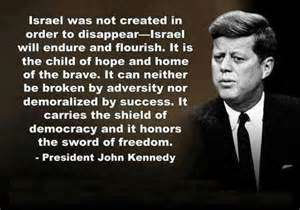 As we continue to see the Democratic Party move more and more to the left, it is important to put it in perspective through the lens of history. John F. Kennedy has long been a revered man among Democrats. However, he has become a man without a party. The Democratic Party has abandoned his ideology and worldview and shifted towards a more socialist platform and agenda. In the span of the last fifty years, the Democrats have moved from a president who believed strongly in cutting taxes to one who believed in raising taxes. From a president in JFK who believed in standing by your friends and having a strong military to one in Mr. Obama who has consistently stabbed our friends in the back and cozied up to our enemies. In reality, the contrast between Kennedy and Obama is a microcosm of the Democratic Party. It highlights a bigger problem that most Democrats have failed to see. That core problem is where this historical journey will lead us to. President Kennedy was a firm belie
Post a Comment
Read more
More posts