Showing posts from December, 2017
Show all

Have We Forgotten That First Christmas? 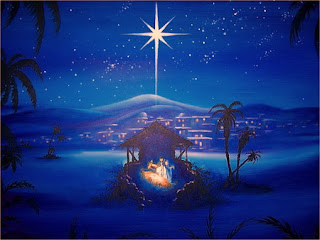 Jay Leno had a segment on The Tonight Show several years ago when he was the host. The segment was called "Jaywalking" and he would ask everyday Americans some basic questions and the responses were rather astounding at times. It made for a fun comedy bit and also a reality check on how our republic had slipped to new lows in common sense and intelligence on numerous topics. One wonders if you asked everyday Americans about that first Christmas what kind of replies you would receive. My guess is it would be highly entertaining and enlightening no doubt. A recent Pew Research Center poll found 46% of Americans say they celebrate Christmas as primarily a religious (rather than cultural) holiday.  That is down from 51% just four years ago. Even more interesting, 56% of American adults say religious aspects of Christmas are emphasized less in American society today than in the past, though relatively few are bothered by this trend. Just for a refresher, Santa Claus wasn'
Post a Comment
Read more

Who Was The Real Winner In Alabama? 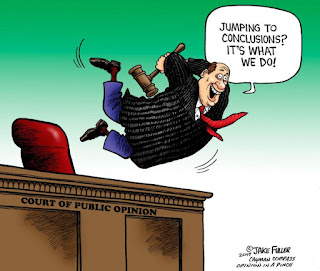 Yes, Democrat Doug Jones defeated Judge Roy Moore in the special election this past week in Alabama. One would assume that Jones and the Democratic Party were the big winners and that President Trump and Judge Moore were the big losers. If you listened to the mainstream media and the political elites that would be the general consensus. But that is not the best analysis. No, the real winner in Alabama was the weaponizing of allegations to tar and feather an innocent man. There is a difference between allegations and evidence. There were numerous allegations of sexual harassment and misconduct thrown at Judge Moore but little signs of any real solid evidence. Unlike in a court of law, in the High Court of Public Opinion you are considered guilty until proven innocent. That becomes a far more difficult threshold for an accused person to overcome when the media runs out a plethora of accusers and pundits to infer you are guilty as charged. Yes, in this court, jumping to conclusions is
Post a Comment
Read more
More posts