Showing posts from January, 2018
Show all

What Is The Democrats Endgame? 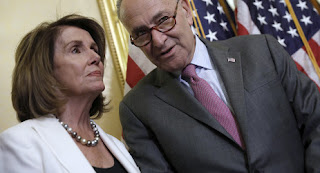 President Trump has been in office now for just over a year and we have heard the same mantra from the Democrats. That narrative is a game of "Blame and Shame". Your game show hosts are a general mix of ne'er-do-wells from the somewhat lucid Chuck Schumer and Nancy Pelosi to the more mentally unstable Maxine Waters. It involves such shaming as calling Mr. Trump mentally unstable, unfit for office, colluding with Russia, an illegitimate president, a general obstructionist of justice, a sexual predator, and lest we forget to mention, the new Hitler. Yes, the Democrats are not lacking in their creativity skills. But what is their endgame? Surely, they can't think this game of blame and shame will get them back in power? History says that the Democrats do have a good chance of gaining seats and momentum in the midterm elections. History is usually a good guide and most bettors in Vegas look for trends. Midterms tend to bring much lower voter turnout than presidential
Post a Comment
Read more

The Silence Of The Lambs 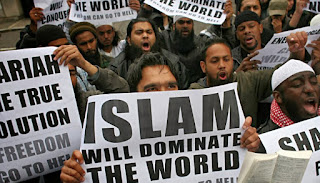 Living in the Bible Belt, one would think that a gubernatorial candidate in Tennessee wanting to hold a Homeland Security Summit at a Christian university with a primary focus on Islamic terrorism wouldn't be very controversial. But in this current world in which we live, you would be wrong. The gubernatorial candidate is Mae Beavers, a conservative Republican, and the Christian university is Trevecca Nazarene University. The summit was scheduled to take place on January 25th on the campus of Trevecca featuring three guest lecturers who specialize in Islamic studies and terrorism. The speakers were Dr. Bill Warner, Cathy Hinners, and John Guandolo. So why would this public summit be abruptly cancelled after tickets had already been sold? Trevecca Nazarene University released this statement in regards to the cancellation of the event: "Throughout our history, Trevecca has consistently offered political candidates of both parties the opportunity to use our campus for eve
Post a Comment
Read more
More posts