Showing posts from October, 2016
Show all

The Demise Of A Republic 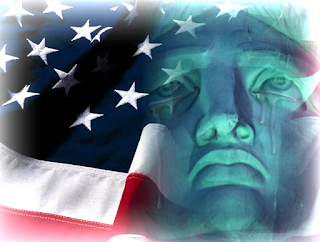 July 4th, 1776 was the beginning of a grand experiment in the history of the world. It was a unique historical moment and our founding fathers had high hopes that this fledgling republic would be a bastion of freedom and liberty. They guaranteed life, liberty, and the pursuit of happiness in the framework of a constitutional republic of the people, by the people, and for the people. Now, 240 years later, the momentum that propelled the United States of America into a great and thriving republic has been lost, and the slow and steady demise is nearly complete. One need only look at the stark reality of the current political landscape to see Lady Liberty lying on her death bed struggling to breathe. So what happened to our once great republic? One could argue, and I will do so, that FDR and The New Deal programs of the 1930's marked the beginning of this demise. The New Deal was a series of social liberal programs enacted in the United States from 1933-1938. The programs were in
Post a Comment
Read more
More posts