Showing posts from April, 2017
Show all

One would be hard pressed to find a time in our brief history of existence where our republic was in greater danger of being destroyed. Yes, you could definitely argue that during the Civil War era our country was close to coming apart at the seams. That is a fair argument and the only one that can be cited and compared to our current precarious situation in which we sit. In a strange way, we are in a new civil war. An ideological civil war pitting self-government and self-reliance against the tyranny of a massive out-of-control central government. The American people have become slaves to the federal government. They have grown more and more dependent on the government taking care of them from the cradle to the grave. But this isn't what our founding fathers fought so hard to build. They fought to escape the chains of tyranny and oppression and establish a republic built on everyone having a right to pursue life, liberty, and happiness in whichever way they saw fit. Unfortuna
Post a Comment
Read more

What Happened To Easter? 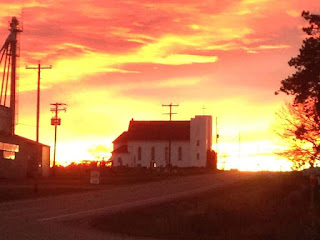 So what happened to Easter? I know to many that might seem like a strange question. Easter arrives every spring and it is still celebrated by people throughout the world. But Easter is not what it used to be. I remember a different world than the one in which we reside today. The glow of the sun filtering through a full church Easter Sunday morning as we fellowship and worship the glory of Christ rising from the grave to defeat sin. A sunrise breakfast afterwards to celebrate with our friends and family as we rejoice in the spirit of renewal. Easter was a special holiday and ran a close second to Christmas. So where did that spirit go? My mind wanders constantly these days. I guess I am a traditionalist by most standards. I wake up most mornings and don't recognize this country and our world anymore. My memories run deep to a simpler day and age. Visions of my grandparents run through my head. Their faces and words ring louder with each passing year. I long for that yesteryear
1 comment
Read more
More posts