Showing posts from June, 2016
Show all

Libya: How One President Responded To Terrorism Thirty Years Ago 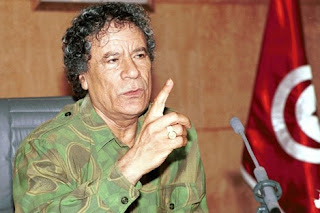 Terrorism isn't a new phenomenon. We tend to get caught up in today and rarely think back further in time. To those of us who were alive in the 1970's & 1980's, we can recall Libya and it's strongman dictator, Mu`ammar Qadhafi. Long before Al-Qaeda and The Islamic State, there was another Muslim terrorist who made it his mission to bring harm to America and Israel, as well as Europe. This is a history lesson that can act as a learning experience and a guidepost for us today, as we travel down this current path of increased terrorism. If we heed the lessons of history, then hopefully, with wisdom and knowledge, we can choose the right response and avoid more heartache and bloodshed. On April 5, 1986, it was just your average Saturday night in West Berlin, Germany. Like most American servicemen, Sergeant Kenneth Ford was out on the town enjoying some free time. He chose to go to the La Belle discotheque and listen to some music. What he and numerous other people
Post a Comment
Read more

On September 30, 1938, British Prime Minister Neville Chamberlain waved a piece of paper to the cheering crowd gathered at Heston Aerodrome. He had just flown back from Germany, and that paper had the signatures of himself, and German Chancellor Adolf Hitler. They had signed the Munich Agreement. In essence, it allowed Germany to annex the Sudetanland in western Czechoslovakia, in exchange for no more land grabs or aggression from Germany. "I have returned from Germany with peace for our time", declared a jubilant Chamberlain. His harshest critic, Winston Churchill, responded, "You were given the choice between war and dishonour. You chose dishonour and you will have war." Churchill was right. On September 1, 1939, German panzers rolled into Poland in a "Blitzkrieg", a lightening war, and took over Poland. Two days later, Britain and France declared war on Germany. What Chamberlain and the rest of Europe found out, was that appeasement never works and h
Post a Comment
Read more 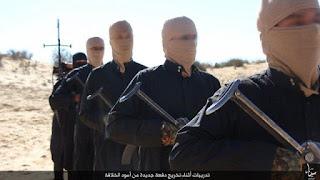 Like everyone else, I woke up on Sunday morning and heard of the terrorist attack in Orlando. I was saddened, and yet, unfortunately, not exactly surprised. The title of this piece has a dual meaning, and I will elaborate on that as I share some thoughts. Needless to say, the future of our republic is in grave danger, my friends, and it is under attack. Not only under attack from Islamic terrorism, but also from the twin evils of ignorance and political correctness. There is no doubt that the Islamic State has sleeper cells on American soil. It is quite difficult to say exactly how many Islamic terrorists are embedded in our republic, but I seriously wouldn't be shocked to find out they have numerous jihadists in every state of our union. So the enemy is here and within striking distance at a moments notice. So how can you tell the difference between a peaceful Muslim and a jihadist Muslim? The problem is that you can't. So now you see just how much of a nightmare this is. Bu
Post a Comment
Read more 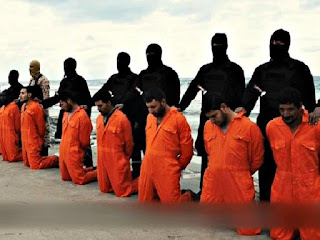 Undoubtedly, at some point over the last year or so, you have been exposed to the Black Lives Matter campaign. You would be hard pressed not to have come across it in one way or another. They have been consistent in their vocal messaging and the media has promoted their efforts. I honestly have no qualms with black lives. As a Christian, I believe all lives matter. My question is, why don't Christian lives matter? Why isn't there a Christian Lives Matter campaign that is just as vocal? A couple of recent news stories should aid in setting up the piece. The first story, involves Harambe, the gorilla who was shot and killed at the Cincinnati Zoo. As you may recall, a four year old boy somehow managed to get into the showing area of Harambe, and ended up dragging the boy around the shallow water. It was a tragic story, and it was unfortunate that the gorilla had to be killed in order to save the child's life. That news story received six times more air time than the Islamic
Post a Comment
Read more 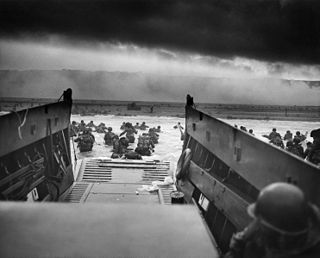 It is a cloudy and cold early June morning, not exactly a perfect day for one navigating the English Channel. Today is not like any other day, though. Timing and the essential element of surprise are your friends on this day. You find yourself in an amphibious landing craft and headed for Omaha Beach. It is June 6th, 1944 and you have been through months of training preparing for this mammoth invasion. The seas are rather rough, and as you try to ponder the moment, soldiers are vomiting around you as they succumb to seasickness. Fortunately, you had just a small bite of a chocolate candy bar, so your stomach is almost empty. Your adrenaline is flowing and you have a feeling of nervous excitement combined with a healthy dose of fear of what's to come. You squeeze your rifle a bit tighter as you hear mortar and bullets hitting the amphibious landing craft. Is this what hell is like, you think to yourself. Oh, this is just the prelude, that you are instinctively aware of. Suddenly, t
Post a Comment
Read more
More posts