Showing posts from February, 2018
Show all

A Boy And The Rock 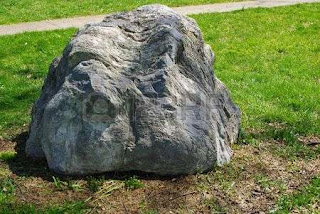 Many years ago there was a shy little boy who was struggling to find his way in the world. He was a tall skinny boy who wasn't one of the popular kids in school. As kids are known to do, this boy was teased and picked on all throughout his formative years. With cries of toothpick and stick among the nicknames he heard often, this boy often wondered why he was made to endure this kind of teasing. Where could he find solace and refuge? His solace and refuge became a big rock underneath an old oak tree in a field across from where he lived. On a beautiful day during the school year you would find him on that rock having a long chat with God. They would chat, or should I say, the little boy would chat and God would listen. The boy would ask why God made him this way and what his purpose was in this world. That boy never received any audible answers but he felt the presence of God as he talked and cast his cares and worries upon that rock. That boy was reminded of a verse in the bo
Post a Comment
Read more

Do We Have A Gun Problem Or A Culture Problem? 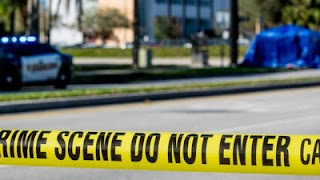 The awful tragedy in Parkland, Florida filled the news on Valentine's Day. A day of love was superseded by pain and unthinkable heartache when a 19-year-old former student entered Marjory Stoneman Douglas High School and killed seventeen people. There had been numerous warning signs and red flags that Nikolas Cruz was a ticking time bomb. Those signs were either ignored or dismissed by police, FBI agents, and others. With stories such as this, the gun-control crowd comes out in full force with renewed cries to ban guns and stop the violence. While that may sound like a simple solution it is purely a political stunt to prey on the emotions of those who want something done. The question is whether we have a gun problem or a culture problem in America? Let's look at the facts and the data from a completely honest and straightforward view. No spin or political games, just honesty. There are roughly 300 million guns in America and about 33,000 deaths by guns. Of those deaths by
Post a Comment
Read more

The Hypocrisy Of Republicans 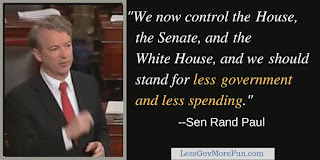 "When the Democrats are in power, Republicans appear to be the conservative party. But when Republicans are in power, it seems there is no conservative party." ~ Sen. Rand Paul (R-Kentucky) When Senator Rand Paul stood up on the floor of the United States Senate on Thursday and went on a long tirade pointing out the amount of wasteful spending of taxpayer money you knew he would catch the ire of many of his colleagues. He was called a showman and a brash carnival barker who is the "perennial annoying gadfly" in Washington. All that may be true, but the one thing Mr. Paul is more than anything else, is honest. More often than not you get lip service from the career politicians roaming the corridors of the Capitol. It's rather refreshing to hear an honest voice speaking up and calling out the hypocrisy in Washington. The common drumbeat of the Republicans throughout the Obama years was that we needed to come out and vote for them to give them control of th
Post a Comment
Read more
More posts