Showing posts from March, 2018
Show all

The Inconsistency Of The Left 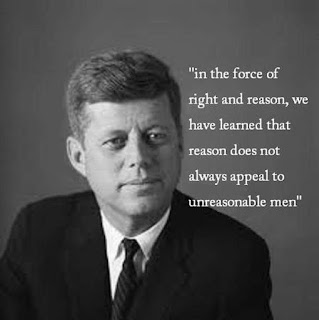 In the midst of a renewed debate on gun-control and the Second Amendment a truth has crystallized before our very eyes. That truth is the Left is rife with inconsistencies in their arguments and ideological beliefs. That may not come as a shock to some but it is worth highlighting nonetheless. In the current assault by liberals on the right to bear arms they argue that it is for the collective good and safety of our children to limit who can possess a gun. They argue that collective rights supersede individual rights when it comes to the Second Amendment. However, when it comes to the abortion debate they make the complete opposite argument. They always claim it is a woman's right to choose and her individual rights are of the utmost importance. Herein lies the real crux of the matter. The Second Amendment is not ambiguous in any way. It states, "A well regulated militia, being necessary to the security of a free state, the right of the people to keep and bear arms, sh
Post a Comment
Read more
More posts