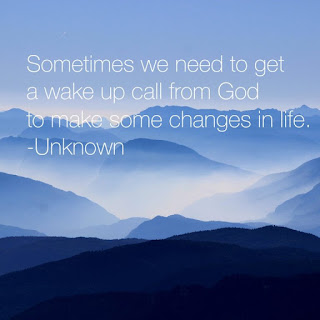 January 2nd, 2020 started off like any other workday for me. When I woke up at 5am I had no idea that God would deliver me a wake-up call some five hours later. I showered and shaved as usual and got myself dressed for work. Fixed some sandwiches and packed my lunch for a full day of stops doing pest control work. I drove to Huntsville, Alabama and arrived at the Target Distribution Center around 7:45am. I did my inspection of the facility and around 10:30am I ended up back in my work truck to type up my report on my phone. That's when God sent me a personal wake-up call.

My phone dropped from my right hand and my right arm went numb and dead. My entire right-side of my body was numb. My right-side of my face began twitching and my speech was slurred. I recognized the signs. I was having a stroke.

It lasted for ten to fifteen minutes. I had no choice but to ride it out until it finally subsided. After I felt feeling slowly coming back I decided to get out of my truck and see if I could walk. I went back inside the facility and found some help. Instead of ignoring the signs and going back to work I ended up going to the emergency room at Madison Hospital. As they were checking my vitals I had another stroke episode. They did an MRI and CT scan on me and confirmed I did have a mild stroke and found a tiny blood clot in the front left lobe of my brain.

I was transferred to Huntsville Hospital and admitted to the neurological wing of the hospital for numerous tests. They couldn't find anything else wrong with me. Fortunately, I have no lasting impact or side effects from my stroke. God delivered this healthy 49 year-old guy a wake-up call. Fortunately, I recognized the signs of danger and chose not to ignore reality.

I wonder how many Americans are ignoring the warning signs that our republic is having a stroke of sorts. There is a numbness and paralysis that is associated with this as well. Far too many people have been ignorant and apathetic for far too long. Like myself, they just go through life day after day. Focused on their daily routine and tasks. Forgetting that our republic needs responsible stewards to be involved and awake to maintain freedom and liberty.

The warning signs are numerous. The rise of socialist ideology and Marxist politicians like Bernie Sanders becoming more and more acceptable and palatable to many people in our republic. The steady and consistent decrease of freedom and liberty and the willingness of more people to let government control their lives from cradle to grave. The growing ideological divide between those of us who still believe in freedom and liberty and capitalism and those who believe in socialism and communism and a command economy. The consistent class warfare that is carried out by those on the left creating more strife and angst in order to wield power. Pitting rich against poor, white against non-white, big business against workers, and using race and gender in what the left calls "social justice" as a hammer to smash those values and foundations that made America great.

The last four years should have made it perfectly clear. Those on the left will not stop until they have completely destroyed our republic and the Constitution. If we ignore reality and ignore the warning signs then we will have to endure the serious consequences of living in a completely transformed America. God delivered me a personal wake-up call. God is trying to deliver our republic one as well. Our republic needs to be restored and it is imperative that those who still believe in life, liberty, and the pursuit of happiness become actively engaged to stop and turn back this leftist revolution.

As John Adams wrote, "Liberty, once lost, is lost forever." What will you do without freedom? How much do you enjoy being free? There cannot be a clearer choice this year. You have seen how the Democrats have used their slim majority in the House of Representatives to abuse their political power. It's not hard to imagine how much more dangerous they would be if they win full control of the House, Senate, and White House. The choice you have is between socialism and capitalism. It's between putting yourselves in the chains of tyranny and oppression or trying to safeguard what freedoms and liberties we still enjoy. God is delivering a wake-up call patriots. Will you listen and take the correct actions or will you ignore it? 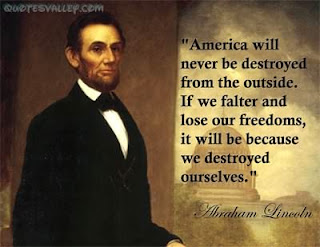