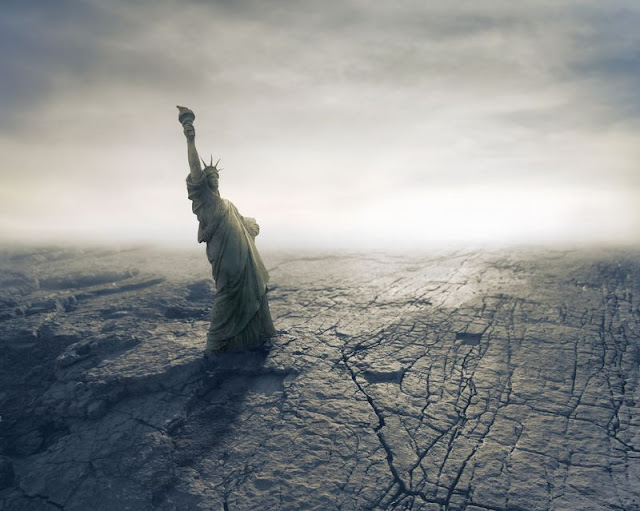 A tragedy is defined as a play dealing with tragic events and having an unhappy ending, especially one involving the downfall of the main character. That main character is typically brought down by his/her own flaws, which usually tend to be ordinary human flaws. Given America's current political landscape there are numerous words that could be chosen to describe how a once great constitutional republic has found itself in the midst of a Bolshevik revolution. Ironic, for a country who fought against fascism and communism, that it now finds those same fascistic winds blowing in the land of the free. However ironic it is, tragic most aptly sums up how America has fallen due to its own flaws. Those flaws include ignorance, apathy, a broken moral compass, a loss of patriotism, and a distinct move away from God.
Just forty years ago, Ronald Reagan ushered in an American revival. After the dark malaise of the Carter years, he infused a shot of patriotism and energy that reinvigorated the American people. He spoke of the "shining city upon a hill" where people came for freedom and liberty. Americans felt pride once again. But Reagan also warned the American people. "If fascism ever comes to America, it will come in the name of liberalism", he said. In 1964, Reagan gave a speech entitled, "A Time For Choosing". This excerpt, in particular, speaks to us today:

"You and I are told increasingly we have to choose between a left or right. Well I'd like to suggest there is no such thing as a left or right. There's only an up or down -[up] man's old -old aged dream, the ultimate in individual freedom consistent with law and order, or down to the ant heap of totalitarianism. And regardless of their sincerity, their humanitarian motives, those who would trade our freedom for security have embarked on this downward course."

Reagan was prescient. Part of the reason America is experiencing this Bolshevik revolution is due to ignorance and apathy. Far too many Americans have ignored the warnings of history. Far too many have been apathetic. Lacking any interest in being genuine stewards of our republic. They have failed to be actively involved in the process. By choosing politicians based on style, looks, and name recognition instead of substance and principles the American people have failed to put quality men and women in office. The vast majority of people have been more interested in their own lives than who they have put in power as their representatives. That has partially led us to our current dire situation. 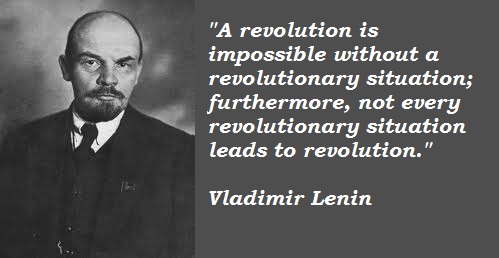 But a revolution needs the right ingredients and timing. This American tragedy has been percolating for some time now under the radar of most people. The radical leftists of the 1960's and 1970's didn't just disappear and fade off into the sunset. Radicals like Bill Ayers, Bernardine Dohrn, among many others, quietly slipped into various different professions. They morphed into the press, our educational systems, and the government bureaucracy to effectively plant their socialist seeds on a broad spectrum of American society. By doing so, they tainted the blood of American life. Like a cancer they metastasized and spread over the past several decades. They have indoctrinated the youth and we are now seeing the results of this in our city streets as the younger generation riots, loots, and creates anarchy.

By rewriting our past and devaluing our founding fathers these radicals have been extremely effective in cutting the ties that bind us. They have pushed God and our founding fathers further and further away through the auspices of political correctness. They have used identity politics to further divide and stir the pot on racial tensions. This hasn't been an accident either. It has been a systematic assault on tearing down everything that has bound Americans. The media has amplified these radicals and given them a louder voice.

Another factor leading to this American tragedy has been a steady decline in patriotism over the last twenty years. This too can be a direct result of the media and educators instilling their leftist ideologies. When you degrade and bash America as an evil capitalistic country it eventually finds its way into the psyche of the public. A Gallup Poll in July 2019 found only 45 percent of  US adults identified as being "extremely proud" to be Americans. Among Democrats that number was only 22 percent. Among Republicans that number was 76 percent. It paints a picture of an ideological divide that continues to grow wider.

That divide is also apparent in how America has become a less God-fearing nation. According to a Pew Research Center poll in October 2019, only 65 percent of American adults describe themselves as Christian, down from 77 percent in 2009. More interesting, 26 percent now describe themselves as atheist, agnostic, or "nothing in particular", which is up from 17 percent in 2009. Pew also found a steady decline in the rates of attendance at religious services. Lastly, 75 percent of baby boomers described themselves as Christian compared to 49 percent of millennials. There has been a steady decline across the board. Moral relativism has become the prevailing theme in our republic. There is no right or wrong. By pushing God away you create golden calves to worship. Those golden calves include government replacing God. A socialist's dream scenario. 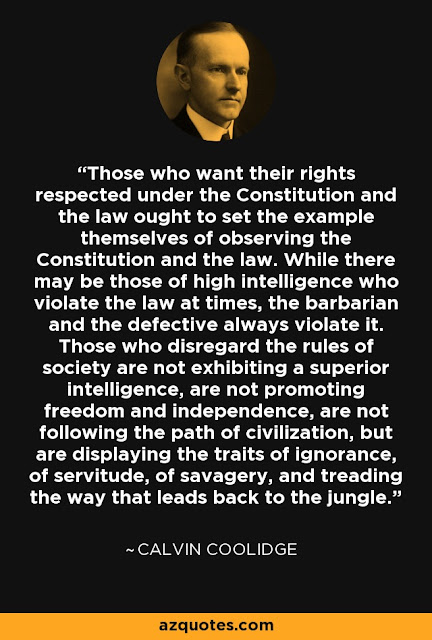 What we have seen over the last few months are these Bolshevik revolutionaries using events to foment unrest, chaos, and anarchy across the cities of America. From Portland to New York City, from Seattle to Chicago, from Atlanta to Los Angeles the same scene has played out. This is an ideological civil war between socialism/communism and freedom/liberty. Tepid Americans have voted in tepid political leaders who have allowed this unrest to continue and grow without consequences. In some cases, these politicians have actively supported the revolutionaries. The barbarians and defectives always violate the rule of law. We are treading our way back to the jungle.

As this American tragedy continues to play out before our eyes, will the "Silent Majority" speak up and halt this Bolshevik uprising? The next few months will tell us if our American tragedy continues and leads us back into the chains of tyranny or whether it can be averted. These radical leftists are not interested in compromise. They are interested in total victory. They feel the seeds have been sown and the time is right to harvest the crop. There is an old saying that it is not over until the fat lady sings. She hasn't sung yet but she is definitely on the stage and warming up her vocal chords for the finale entitled, "An American Tragedy".